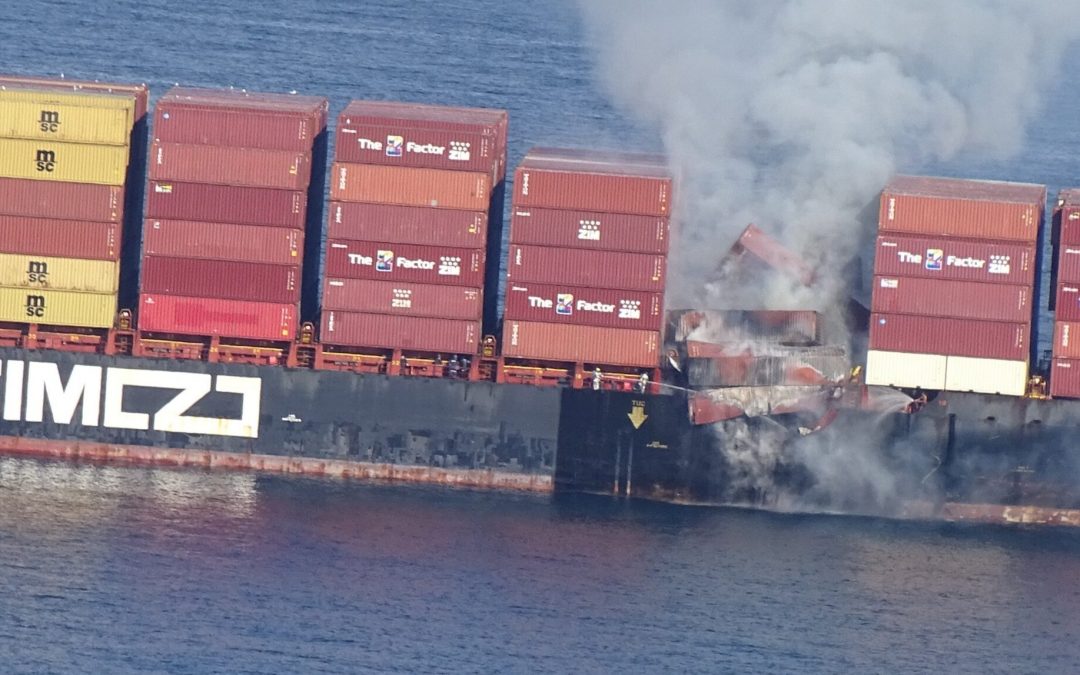 While we have covered the heavy port congestion in the Ports of Los Angeles and Long Beach, there have also been more container ship accidents occurring to add to the chaos of our current shipping crisis. (As if we needed it to get any worse.)

With the massive number of imports being sent our way, the Pacific Ocean is loaded with containers; combined with rough weather, occasional human errors, and overloaded ships, the chances of accidents at sea become more likely.

Last winter, a record number of containers fell overboard from ships in the Pacific due to the import surge, and more recently, on Friday, October 22nd, the container ship Zim Kingston lost around 40 containers in stormy seas. The next day, 10 containers aboard the ship caught on fire.

And this isn’t just an isolated event, there have been numerous incidents throughout the year where shipping containers ended up in the sea.

Right now, when shipping accidents happen, it just adds to the pile of cargo

that has no place to go, making the supply chain crisis that much worse.

The Zim Kingston currently stops at the Chinese ports of Yantian, Ningbo, and Shanghai, on to Busan, South Korea, then to Vancouver.

As it sailed toward Vancouver with a full load of containers on Friday, October 22nd, it was reported by the U.S. Coast Guard that around 40 containers fell overboard into the Strait of Juan de Fuca as the ship listed to the side due to rough seas.

Following the loss, the Zim Kingston anchored off Vancouver Island’s port of Victoria, and on Saturday, October 23rd, a fire started within the containers left aboard the ship. At one point, according to the Canadian Coast Guard, there were 10 containers on fire, two of which contained potassium amyl xanthate, a hazardous material that is used in mining.

Sixteen crew members were evacuated, while five remained on board the ship. It was reported that another two containers fell into the sea, and the Canadian Coast Guard set up an emergency zone of one nautical mile of the ship on Saturday, October 23rd, due to toxic gas.

Later it was revealed that the number of containers that had fallen overboard was much higher than they had previously reported at a total of 109. 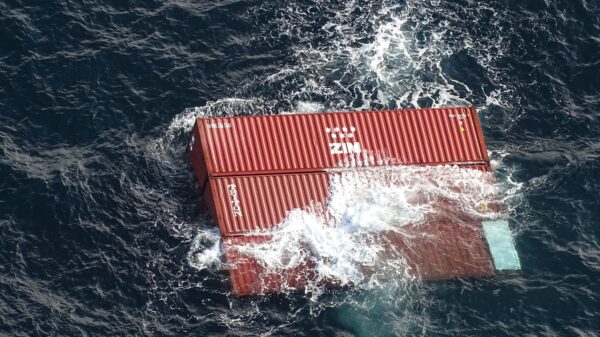 Even though there was little environmental impact due to the Zim Kingston accident, the fallout from the accident will be significant. Shippers with containers aboard the vessel face lengthy delivery delays, not to mention all the goods that were damaged in the containers that fell off the ship.

Further, the ship itself will likely be out of service for an extended period, which will negatively impact Zim’s Q4 profits. When looking from a broader market perspective, accidents like these are having a larger ripple effect than in the past due to already heightened import delays and surging prices around the globe.

In shipping, there is likely always a problem to deal with, like a port strike or a vessel that has broken down, but normally, those are localized events. Cargo gets delayed a few days and then gets shifted to another service. But now, that’s not happening. There aren’t any other vessels to shift the cargo to; they’re already booked solid.

So, right now, when cargo accidents happen, it just adds to the pile of cargo that has no place to go, so the shipping crisis just keep getting worse.

Major Weather Winter on the Way

Now that we are nearing winter, weather conditions are supposed to worsen on the west coast of North America causing heavy rain, winds of up to 45 mph, and highly dangerous seas. What does this mean for the shipping crisis?

In the past, the Marine Exchange has voluntarily asked ships to go out to sea for the safety of their ships and other ships during bad weather, which would be especially important now due to the heightened congestion in the port.

Will ships willingly give up their space at anchor during times of bad weather? Only time will tell.

Can I Still Get a Containers?

Of course! While we have seen the number of our 20’ containers dwindle, we have a good amount of high-quality 40’ and one-trip shipping containers that we can fully customize and modify to any size to fit your unique needs.

Contact our customer service team at A American Container or get a FREE quote today to learn about our current inventory options. We’ll help find the right container for your needs and your budget. How can we help you Think Outside the Box ®?

Stay Informed About the State of the Shipping Container Industry:

Our blog articles about the current crisis:

Shipping Rates Sail Past Expectations: The Insane Prices to Ship a 40′ Container

Deepening Power Crisis in Europe and Asia: What Does it Mean for Shipping?